What should you do when you're finished the beginner quests?

Most importantly you NEED to create additional characters to play with. A lot of the science and crafting aspects of the game take a great deal of time and there is no need to wait around for the characters to complete their tasks when you could be playing on another alt in the same base. The game is very much meant to be played with multiple characters.

Study everything! Study gas clouds, study asteroids. Study your own tools and any materials you find. Mine asteroids for more raw materials. Avoid the infected ships because they will probably set you back pretty far. The game is also a lot more fun to play with other people so it is definitely a good idea to hook up with some people and adventure together, sharing resources, and keeping your defenses up. It is also a good idea to join the Discord server. There you will have direct and real-time access to the community and the developers.

You can build up your base, but be aware that a lot of things tend to explode and when they explode they tend to do damage to anything nearby. Don't stray from your Old Ship too far until you have some disposable ships to explore with. Most people are pretty good about not being violent, but there is always that possible threat. You can build and discover locks/security-systems that can be installed in your ships for a bit more protection from thievery.

The in-game chat is linked to the discord chat, so while it's not as full featured as Discord, you'll find it handy to be able to talk to everyone that way. Even now there are interesting treasures to be found through exploration. You might find an old cache of ships that the devs used for testing which is completely fair game and players are welcome to them. In an upcoming release we will also be significantly expanding the value of exploration as unqiue equipment and materials will be available to be found, but even now there is a lot of stuff out there - if you can find it.

In Voidspace, how do you bring large things into your ship that are too big to put in your suit's inventory? 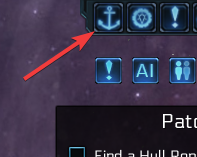 The shortcut for this activity is to simply use the primary action button (E on keyboard, A on the gamepad, or click the icon in the middle of the right cluster of round gauges). This action will attempt to pick up whatever you have selected (or whatever you're looking at if you haven't made a selection). If you cannot pick it up and put it in your pocket, anchoring mode will be turned on automatically and you can then run into it to anchor to it.

In Voidspace, how do you find people in-game?

If you are starting a new character then the best way to find a specific person is to spawn on top of them. You can spawn with one of your friends, or you can spawn into a player organization. Use the social window to add them as a friend (or join their organization) before you create your new character. 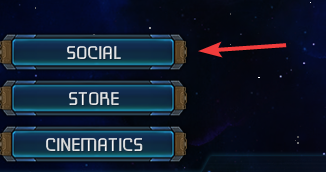 If you already have a character in the game world and you want to meet up with somebody, it can be more challenging but not impossible to find someone this way. You can use the "Send Burst Message" (aka a 'ping') feature of your character's suit to send a high-powered emergency beacon with a message to anyone within range. The range of this message is generally about 50 cells away. You can see approximately how large a cell is when you zoom out to your map, the number of game cells you can see at any moment is 9 (3x3 area). Cells are basically like blocks in Minecraft - which is a relatively large square of game world. 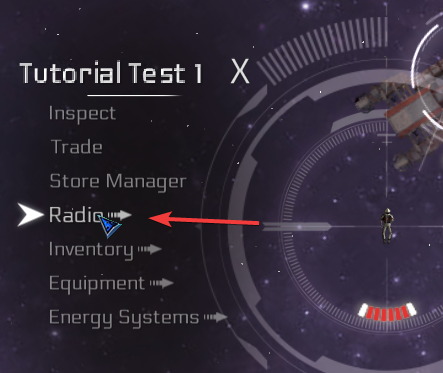 Screenshot showing where to find the Send Burst Message feature

Be careful when using your emergency broadcast feature because this will show everyone within range where you are. In some cases there might be people that you don't want to find you. To get around this you might for example fly somewhat away from your base so that people don't know exactly where all your stuff is, before issuing your emergency beacon.

Keep in mind that players don't actually have to be online in order to receive an emergency beacon message. A player coming back to a character will be able to check their map to see all of the messages that they received on it. However if a character was not in range when a message was sent, they will not be able to see that message if they get within range at a later time. They have to be close enough to the source when it's transmitted.

Anything invention related will continue while you're offline. In particular if you start a skill that will take a few hours and then leave the game, your character will contiue to work on the project until you log back in again. When you do get back into that character, the invention will immediately complete if sufficient time has passed. Currently this only works if you actually connect to that character, not just any character.

In the future we hope to expand the "offline gameplay" that we offer, but until then it is only invention that will automatically progress. We also hope to have a solution for the "one per second" finishing that happens when you get back on at some point and allow characters to complete inventions even when you're not playing.

In Voidspace, how do you progress in the tech tree? How do you discover new technology?

You need to study everything you come across, even things that you make. The act of experimenting on an object, or studying it, is essential for progressing the character's understanding of the world and his tech tree of abilities. Naturally, studying with physical objects will give you ideas that may be related to those objects. You can also get ideas for things unrelated to it as your character's mind wanders, but is otherwise free to think about what they can do in this unforgiving world they've found themselves in.

How can you make your first crafted ship?

After completing the tutorial at the beginning of the game, your character should have acquired an idea to create your first ship from scratch. If you haven't had this yet, try studying the welding tool you had to make during the starter quests. You will also need to craft your first rocket engine and RCS engine. Rocket engines are for forward and reverse thrust, while RCS engines are used for rotation. Generally ships are made by first creating the "frame" as a first step, and then finishing the ship with a specific configuration. Ship frames are generic and can be used in different finishing configurations.

Screenshot of a ship frame and a finished ship

In an upcoming release, we're going to allow players to completely customize the internals of the ship - allowing them to choose how much fuel space, inventory space, equipment grid space, and even weapon slots they'd like to have. There will still be a random element to each of these, so rather than choosing a precise amount for each category, the player will be choosing how much more emphasis they want to apply to a category. This hasn't quite been finished yet, but

How can you make a base?

Your Old Ship is meant to serve as a base of operations for the early game. It doesn't move and it's also essentially invulnerable (it is made from a material you cannot produce, a gift from the old world). However as you continue to grow your operation, you'll definitely want to increase your storage capacity and at some point you'll also need further equipment slots for production. For that you may want to start building up more significant base structures.

The first base structure you should be able to build is the Asteroidal Silo. This is a storage facility you can build and attach to an asteroid. You will get the idea for it if you study an asteroid. Further study of asteroids, trusses, and other building components will give you an idea for an Asteroidal Anchor - which will be the start you need towards a more significant modular base. 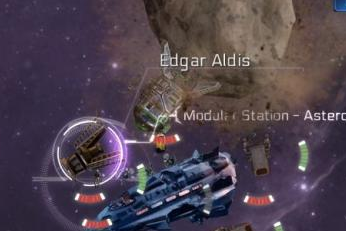 Screenshot of the silo attached to an asteroid, and a freshly built anchor

Currently the modular base components you can build are quite bare as we're still developing that part of the game. You can currently build the anchor, and 2 variations of the enormous fluid tank modules. In the next release you will be able to build 2 more modules that you can use as a warehouse or as a factory. 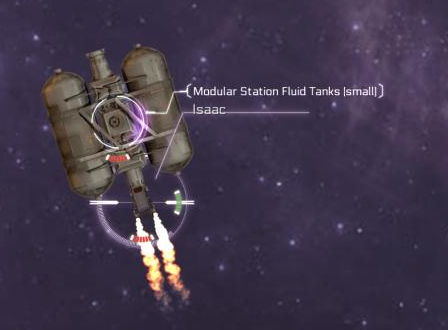 Screenshot of the "small" fluid tank base module

There is still a lot of development needed before bases are going to be more interesting. To this end we have been working on a new dashboard UI that will show up when you dock with a base that will give you access to player stores, buy fuel, and replenish energy. We're not quite at this stage yet, but a lot of the fundamental code components have been made for this already - we're getting close!

How can you expand your storage?

After getting a few XP in Iron, you should have acquired an idea to build a storage container. These can fit in inventories like the Old Ship or any ship or base with inventory space. This expands the number of slots you have available to you at the expense of some internal storage volume. If you need more storage volume, we recommend you build an Asteroidal Storage Silo or more ships. The next tier for storage is coming in the next release as you will be able to build much larger warehouse structures as part an expansion of the modular bases.

Icon for the medium cargo container